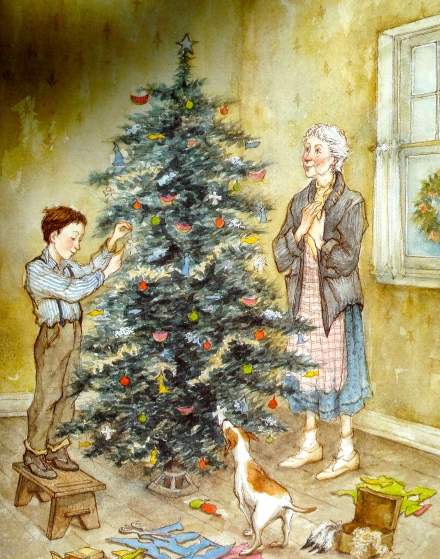 A Christmas Memory by Truman Capote

The Thanksgiving Visitor by Truman Capote

The creator of Holly Golightly, the worldly yet innocent gamine of Breakfast at Tiffany’s, immortalized another childlike character in two autobiographical holiday stories.  Truman Capote, born in New Orleans to a very young mother, was sent as a small boy to live in an eccentric household of elderly cousins in small town Alabama.  The youngest of these, a woman in her 60’s, became his closest friend.  Miss Sook was not quite of this world – she had never traveled more than five miles from home and had never read beyond the comics and the Bible – but she had the quiet dispassionate wisdom of the outsider.  Buddy, as she called the forsaken boy, was also someone who did not belong – he was a pretty boy who spent time reading and took up writing as a serious pursuit while in primer school.  In their separate loneliness, they each found a kindred spirit in the other. 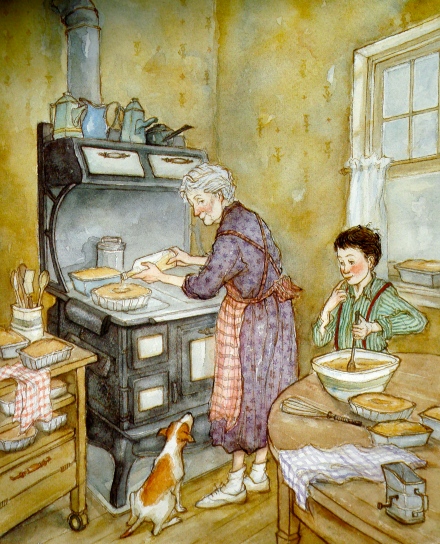 A Christmas Memory begins on a crisp November morning: “Oh my……it’s fruitcake weather.”  Miss Sook, Buddy, and their feisty rat terrier, Queenie, set off with a dilapidated wicker baby carriage to collect windfall pecans.  They count the coins in their fruitcake fund, gathered over the course of a year and hidden under a loose floorboard, and purchase the necessaries, including a bottle of moonshine from the giant Indian, Mr. Haha Jones.  The curious recipient list for the fruitcakes includes President Roosevelt, a California couple whose car had once broken down in front of the house, Baptist missionaries in Borneo.  They hunt for the perfect Christmas tree in the woods, trim it with homemade paper cutout ornaments, and make kites for one another, as they do every year.  They each obtain an innocent delight from their holiday traditions, conducted in their own shared world, a world apart. 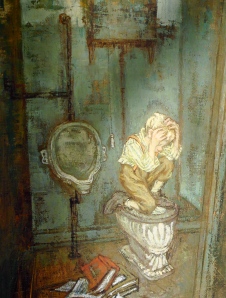 The Thanksgiving Visitor introduces a character who shatters that shared world – for an afternoon.  Over Buddy’s objections, Miss Sook invites Odd Henderson, the school bully and Buddy’s nemesis, for their Thanksgiving feast.  Having witnessed his enemy pocketing a cameo broach, Buddy takes his revenge by revealing the thief at the dinner table.  In what ensues, Miss Sook displays the wisdom of Solomon, Odd achieves a humble dignity, and Buddy is disgraced, having committed the one unpardonable sin of deliberate cruelty.

Truman Capote cultivated notoriety: he was known for his glamour-seeking pursuit of celebrity, his nasty penchant for scandalous gossip, his vituperative wit (most notoriously leveled at Gore Vidal with whom he had a much-publicized longstanding feud).  These two stories remind us of his more endearing (and enduring) qualities; clarity of prose style, pitch-perfect timing, and a poignant lyricism that is nowhere more apparent than in his memories of childhood.