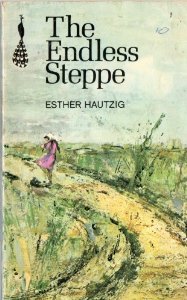 The Endless Steppe: Growing Up in Siberia by Esther Hautzig

In 1939, under the terms of a secret non-aggression pact between Hitler and Stalin, Poland was invaded by Germany from the west and the Soviet Union from the east.   During the two years of Russian occupation (which lasted until Germany declared war on the Soviet Union in 1941), hundreds of thousands of Poles were deported to work as slave laborers in Soviet gulags.  The Endless Steppe is the autobiographical story of a 10 year old girl who was among the deportees. 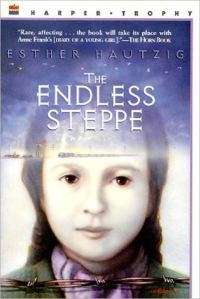 The Rudomins were a cultivated and prosperous family who lived in Vilna, a vibrant town of Jewish culture and scholarship.  In June 1941, Russian soldiers arrived at the family home and arrested Esther, her parents, and her paternal grandparents.  Frightened, outraged, disbelieving, and bewildered, they were loaded onto trucks and then cattle cars.  In a heart wrenching scene, the grandfather was separated from the others and herded on  to a different train.  Six weeks later, the family disembarked at a mining camp in Siberia, where they lived in a crowded room with 22 other people and no furniture.  Their life in a labor camp ended in the fall, when Polish deportees were granted amnesty and permitted to move into the nearby village of Rubtovsk.   Combating lice, heat, bitter cold, hunger, and the all-too-real threat of starvation (during the harsh winter of 1941, 25% of gulag inmates starved to death), the family struggled to survive.

Against this backdrop of dehumanizing privation, Esther spent five years of her young life.  Bright, headstrong, and spirited, she created a childhood complete with friends and school.  Her parents went without food so that Esther could have the four rubles needed for a Jack Benny movie at the village theatre.  Her petite grandmother, who wore her silk dress and Garbo hat even while shoveling gypsum at the mine, shared Esther’s exuberance the day the two of them were first allowed to go to the baracholka or open-air market to barter a lacy pink slip for roasted sunflower seeds.  Her mother sacrificed a month’s supply of precious potatoes so that Esther could have a 12th year birthday party.  Lacking a notebook, Esther was forced to write her schoolwork between the lines of old newspapers, but she nonetheless discovered Pushkin, Turgenev, Mark Twain, and Jack London.  She developed a love for the Siberian landscape, the unbroken expanse of the treeless steppe, and when they were repatriated in 1946, she was reluctant to leave.

The painful irony was that Esther and her family were the fortunate ones.  Within several weeks of their deportation, the Germans overran Vilna.  The Jewish population was rounded up for incarceration in a ghetto, deportation to concentration camps, or mass murder.  When Esther returned to Poland after the war, she found that only three members of her large extended family in Vilna had survived.