The Black Stallion by Walter Farley

Obsessions with horses are stereotypically the domain of young girls. So Walter Farley was probably wise to create a boy protagonist for his exciting horse story, thus ensuring that his book would appeal to both genders.

The adventure opens with Alec Ramsey on board a tramp steamer, returning from India where he has spent two months visiting his missionary uncle. At an Arabian port, a magnificent black stallion, wild and unbroken, is loaded on to the ship. In an ensuing storm and shipwreck, the stallion swims with Alec to a deserted island, thus saving both from drowning. As the two struggle to survive, a bond forms between boy and horse which persists through their rescue and subsequent life outside New York City.   A retired jockey sees Black‘s potential as a racehorse and arranges for surreptitious midnight training sessions at the Belmont track. The story culminates with a special match race which pits Black against the two fastest horses in the country. 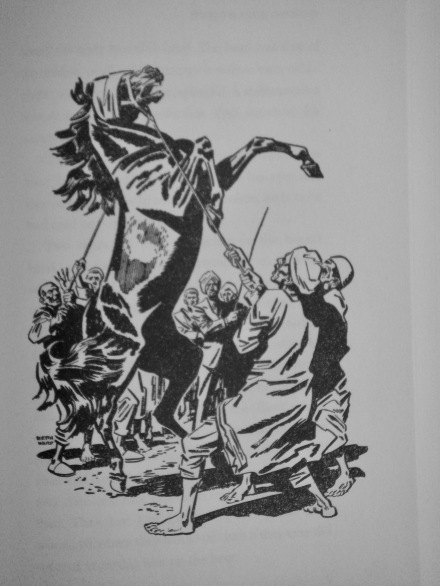 Farley began writing The Black Stallion while in high school and published it while an undergraduate at Columbia: he was not much older than his young protagonist. The book is imbued with a delightful youthful naivete. What it lacks in deathless prose, it makes up for in spirited adventure. Farley grew up in the world of horse racing and he writes convincingly about the exhilaration of being on the back of a galloping horse, whether it be while skimming over the sandy beach of an isolated island or thundering to the finish line of a track. He also understood the importance of character, both human and equine. It is a deft touch to portray the dependent relationship between the high strung Black and the old swaybacked cart horse, Napoleon, whose presence is so calming. 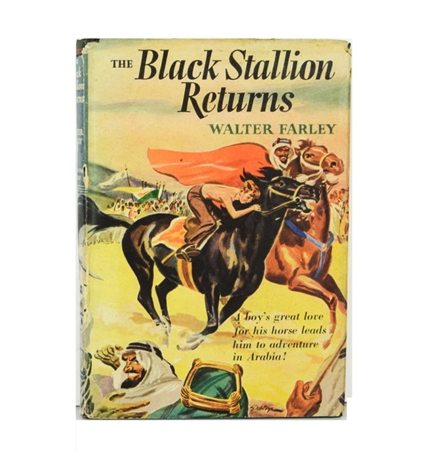 If The Black Stallion appeals, there are twenty more in the series. The Black Stallion Returns is particularly riveting since it moves the action to Arabia. It includes a ruthless one-armed villain, murder in the desert sands, blood feuds, Bedouin intrigue, and, as always, a climactic race. 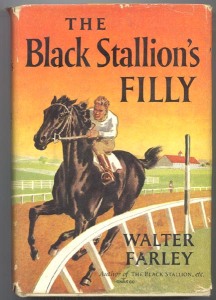 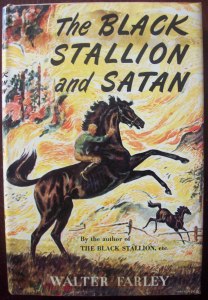