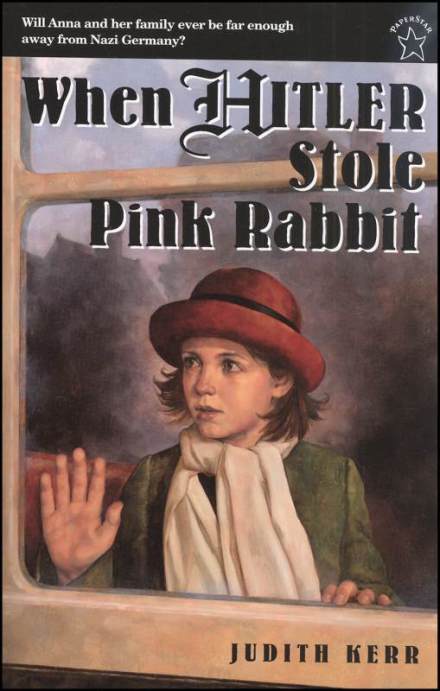 A rabbit features in the title of two exceptional books that chronicle the Jewish diaspora occasioned by Hitler’s anti-semitism. In one, the rabbit is a scruffy stuffed animal left behind by a nine year old girl when her family flees Berlin. Anna’s parents are comfortably well-off members of the assimilated German intelligentsia. They celebrate Christmas and Anna’s best friend is unaware that she is Jewish. But her distinguished father has been targeted because of his anti-Nazi writings and on the eve of Hitler’s election in 1933, the family escapes to Switzerland, leaving all their worldly goods behind. They settle in a village on Lake Zurich, then spend two years in Paris, before making their final move to London. As Anna adjusts to displacement, the rabbit becomes the symbol of all that has been taken away – language, culture, friends, home, sense of belonging.

When Hitler Stole Pink Rabbit is autobiographical. Judith Kerr uses a light and knowing touch as she describes the world through the eyes of a young refugee. Anna rises to the challenge of a French school and an impecunious existence and finds pleasure in a new coat sewn from a wool remnant donated for needy children or the novelty of French onion soup at dawn during 14th July celebrations. French anti-semitism finds voice through the concierge who fears she will be cheated out of the rent money and the atrocities in Germany are alluded to through the fate of the dear and gentle Onkel Julius, ex-curator of the Berlin Natural History Museum, who commits suicide when his pass to the Berlin Zoo is rescinded. But the focus of this book is not on the horrors of the Holocaust but the experiences of a young girl who is uprooted from her country. It is a story of resilience that is particularly timely given the scope of displacement in the 21st century. 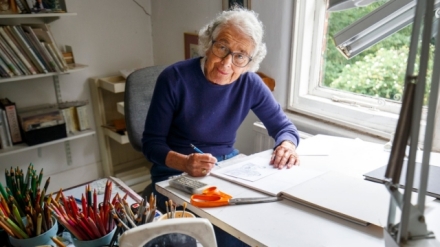 The Hare With Amber Eyes has a broader historical sweep. Edmund de Waal traces the journey of a collection of delicate Japanese netsuke through five generations of the Ephrussi family – from Paris to Vienna, England, Japan, London. When the family palace in Vienna was requisitioned by the Nazis in 1938, the family members scattered. Their vast wealth, art collection, priceless library disappeared, but the netsuke were safeguarded by a family retainer known only as Anna, hidden until 1945 in her straw mattress. The hare with amber eyes survived the war, a symbol of artistic beauty and enlightenment quietly triumphing over demagoguery and prejudice.