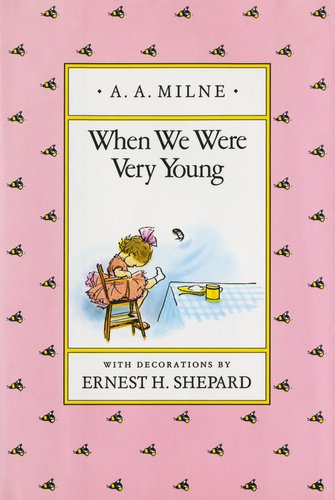 When We Were Very Young and Now We Are Six by A.A. Milne

Care of his Mother,

Though he was only three.

Said to his Mother,

“You must never go down to the end of the town,

if you don’t go down with me.”

The mother, alas, ignores her son’s injunction and vanishes, irretrievably: “LAST SEEN/WANDERING VAGUELY/QUITE OF HER OWN ACCORD”. In Ernest Shepard’s accompanying illustration, the young James is madly pedaling his tricycle in desperate pursuit of his flighty mother as she disappears around a corner.

Disobedience is one of A.A. Milne’s most memorizable poems, and one of his best. He portrays the wonderful independence of a child’s mind and the natural audacity – James James goes immediately to the royals for help, in this case King John. Children reading the poem delight in the conceit – for children who are rarely in charge, it is a welcome relief to enter a world in which the mother is leashed to the tricycle rather than vice versa, and the mother is guilty of disobedience and suffers the consequences. It is a sign of Milne’s respect for children that there is no happy resolution – the mother is gone, for good. James James is not particularly sad about his loss, but simply disappointed that his mother failed to listen to him. 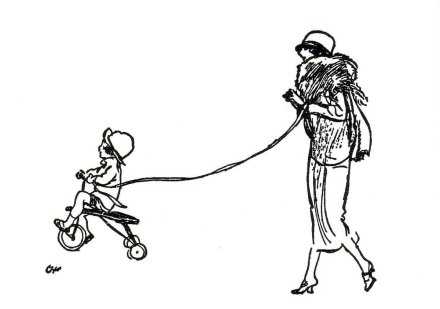 Milne published his two volumes of poetry when his only child, Christopher Robin, was four and six. The world portrayed was that of his son, one of Nurses and Nannies, beetles and bears and the great outdoors, and the occasional royalty. These latter were whimsical and flawed. Take the ruler in The King’s Breakfast, for instance, who is thwarted in his desire for some butter for his bread. The Queen, the Dairymaid, and the cow all try to persuade him that marmalade would be preferable. The King takes to his bed, whimpering with dismay, until he finally gets his desire fulfilled. Or Bad Sir Brian Botany, an old obstreperous knight who uses his battle axe to blip the villagers on their heads – until they rise up and dunk him in the duck pond, and more.   It is a world in which children can be wonderfully entertained by not much, as when a child watches spellbound as two raindrops (James and John) race, with many starts and stops, down a window-pane. 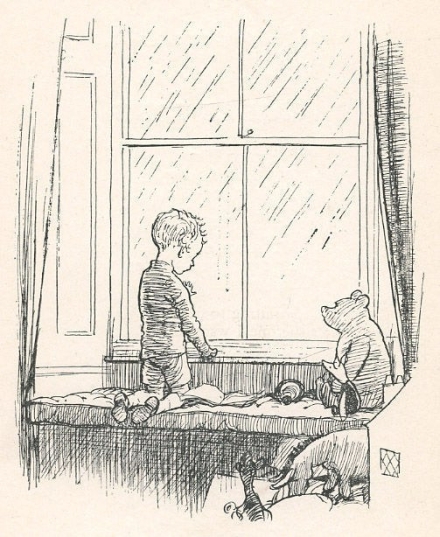